St. Mark In the News

All Articles
Pie in the Face Fundraiser 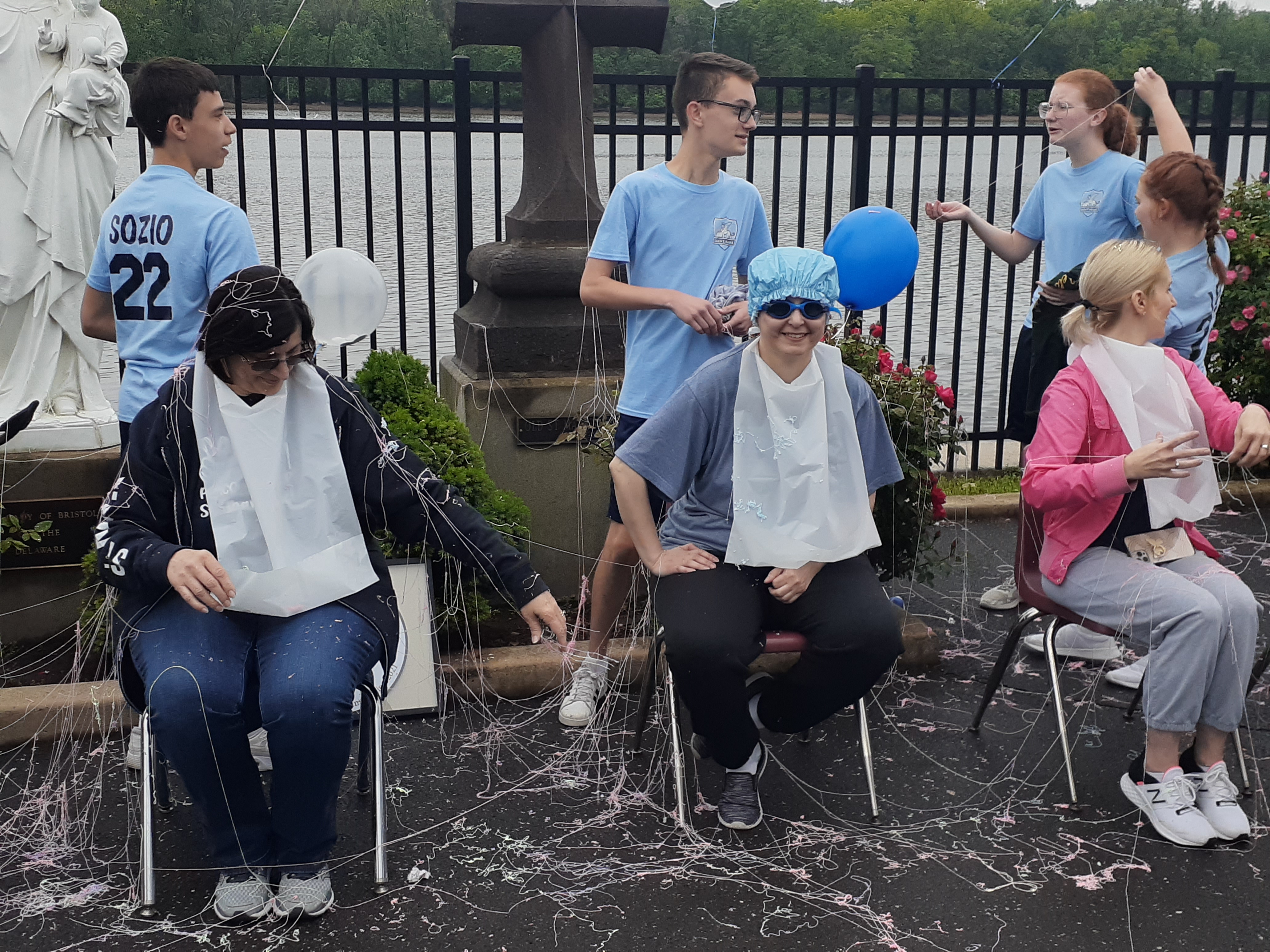 BRISTOL BOROUGH – St. Mark School in Bristol Borough celebrated its designation as a “School of Distinguished Instruction” on Thursday with a pep rally and an appearance on FOX 29’s Good Day Philadelphia.

Students, teachers and administrators gathered behind the school on the banks of the Delaware River for a pep rally celebrating their achievement.

And to make it even more memorable, FOX 29’s features reporter Bob Kelly sent the enthusiasm through the roof as he reported live from the school on the morning segment of Good Day Philadelphia.

As kids waved signs welcoming the reporter to their school, they screamed, shouted and jumped up and down with excitement as a television camera panned by before zeroing in on Principal Maria Sanson holding the award.

St. Mark was recognized in late 2021 with the award, given for growth and exceeding potential. The recognition was determined by comparing the Normal Curve Equivalent (NCE) score from 2021’s testing to the NCE examinations taken by students in the previous academic year.

“It’s an honor to receive an award like that. And we hope to continue to receive awards like that and show growth each year,” said Principal Sanson.

In addition to the award recognition, the pep rally capped off a school wide “Pie in the Face” fundraiser for Amanda Berrocal, a second grade parent who is battling stage four colon cancer.

Amanda is the daughter of the school’s beloved custodian, Mr. Pablo, and is the mother of Lorenzo, a second grader at the school.

Their reward for raising the most money was to pie one of their teachers and two of their classmates.

That honor went to seventh grade teacher Kathy Ginter, who came outfitted in a protective coat and goggles.

“What happened was the kids nominated a teacher to be pied and then they made donations,” explained Ginter. “Whoever got the most money raised in their name is the one who got pied.”

Ginter, who is a first year teacher at the school, said she was honored to take the first pie in the face.

“It was well worth it to get that money raised,” she said. “And I was excited for my students because I knew they would be excited. It wasn’t me,” she quickly adds. “It was my students who raised the money.

“This is a great school,” she added. “It’s absolutely phenomenal. We’re all a family. And everyone is so caring and generous,” she said.

One little boy came up to “Mrs. G” afterwards and simply said, “I voted for you,” said Ginter. “That was so sweet.”

But Ginter wasn’t the only one who got pied. Also taking a pie in the face was eighth grader Kim Padilla, who paired up with Mrs. G for the fundraiser, and Lea Walter, the student who raised the most.

Even Bob Kelly joined the fun as fifth grader Molly Balcer was given the honor of hitting Kelly in the face with a pie as he was broadcasting live from the school.

“She was nervous, but when she went out there she just nailed him,” said parent volunteer Diana Meunièr, who helped organize the rally.

With whipped cream plastered all over  his face, Kelly wrapped up his live broadcast to more cheers from the kids and smiles and laughter from the FOX 29 news desk.

The fundraiser collected $3,890 for the Berrocal family.

The event was held in conjunction with the school’s annual Race for Education, which raises funds for the school.

The exercise-inspiring race is actually a walk, which youngsters took around their school’s neighborhood following the rally.

"I'd love to show you why St. Mark could
be a great fit for you and your family."
- Principal, Mrs. Maria Sanson

Thank you We appreciate you contacting us! We try to respond as soon as possible, so we will be in touch shortly!